I thought it was time I gave you an update on the world generator changes we’ve been working on. The last time we did any major changes to the generator was back in March 2012, when the jungle biome was added.

In case you don’t know what a “biome” is, it’s a climate zone used in the game to set what kind of surface the ground has (sand? grass?), whether it should rain or snow, what trees grow there, and sometimes also what kind of animals that are allowed to spawn there. The biome is also used to determine how hilly it should be, although this is a technical solution because biomes are generated before the elevation (the old generator created the elevation first, and decided on biomes based on elevation).

One reason why we rarely do changes to the world generator is because every little change off-sets the world seed and causes noticeable borders between new and old terrain. A lot of people don’t mind about these borders, but we still want to avoid creating them. So, in order to avoid needing to change the world generator again in the nearest future, we try to do as many changes now as possible.

There have been three main problems we have wanted to address:

The solution to these problems have been,

We’re not done yet, but here’s something to give you an idea of what has happened (click on the images for full resolution): 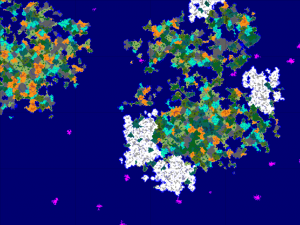 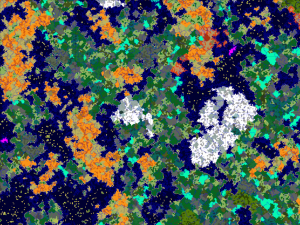