You may rembember our project Mina Kvarter (My Blocks) that we’re doing together with Svensk Byggtjänst (Swedish Building Services). Mina Kvarter aims to support the involvement of people to participate in the reconstruction process of their own neighborhoods. Using Minecraft, our community has helped reconstruct the areas in subject and citizens are invited to enter the Minecraft servers and modify their own neighborhood. It has proven to be a great way to visualize urban planning ideas without necessarily having architectural training. The ideas presented by the citizens lay as a ground for political decisions. Mina Kvarter has been a great success and it’s spreading into more areas in Sweden. It has also been recognized internationally as a new way to do urban development planning. Recently, the UN found out about what we are doing and we got together to talk. 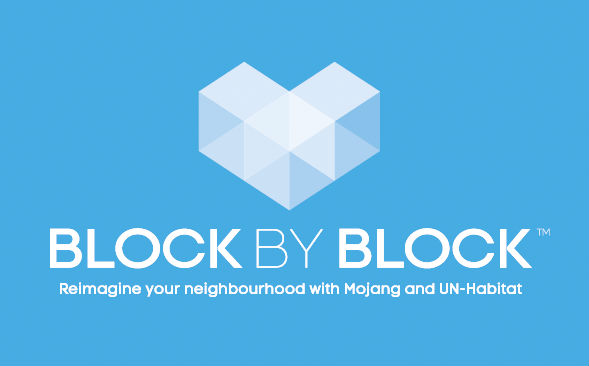 Today we’re extremely excited to announce a new collaboration with UN Habitat called ‘Block by Block’. Just like the Swedish predecessor, “Block by Block” aims to involve youth in the planning process in urban areas by giving them the opportunity to show planners and decision makers how they would like to see their cities in the future. Minecraft has turned out to be the perfect tool to facilitate this process. The three-year partnership will support UN-Habitat’s Sustainable Urban Development Network to upgrade 300 public spaces by 2016. The first pilot project in Kibera one of Nairobi’s informal settlements is already in the planning phase. Below is a picture of the site and the Minecraft version of the same built by epic Minecraft builder group FyreUK. (click pic to enlarge)

[caption id=”” align=”aligncenter” width=”490” caption=”Kibera in Nairobi, Kenya, is the pilot project. This is the location built in Minecraft by epic construction group FyreUK (Click to view larger)”]

Mojang will be the main financial sponsor for Block by Block and we will work closely with the UN to help reach the goals set up. Lydia is in Naples today attending the World Urban Forum, announcing Block by Block together with UN Habitat. Lydia will also work with our fantastic Minecraft community to support the project in various ways. We are working on a ‘Block by Block’ web site where everyone will be able to follow what’s going on.